We're talking about walking sticks, that fashion essential of royals, Edwardians and Victorians, symbols of authority in the 17th century, and today a very hot collectible.

Homo Sapiens’ first cane was a tree branch, used to stabilize him while walking and climbing and also to for defence. Since then, walking sticks have been used for both decoration and practicality almost continually     through out history.

Through the ages, canes represented many different symbols of power, faith, and magic until their evolution into a fashion accessory in the 16th century. During the height of the 18th and 19th centuries, the style of canes was shaped by changing social and economic conditions. To study these talismans is to gain an insight into the cultures and societies that valued them. 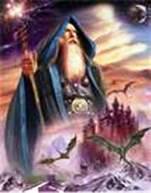 The word ‘cane’ comes from ancient times when the shafts of most canes were constructed of bamboo and other rattans of the cane family. Cane became the mostly widely used material to make walking sticks, evolving later into the generic name for the product.

In ancient everyone from royalty to peasants used a cane. These ancient sticks and staffs, now displayed in museums worldwide, were often carved and decorated elaborately. Their shape and form dictated whether the owner was a shepherd, soldier, dignitary, priest, Pharaoh, or even a god. It was thought that a walking stick placed next to the mummy in a coffin would help the deceased on his travels after death and resurrection. These walking sticks were also used to identify the status of the deceased within their society for afterlife identification. King Tutankhamen had no less than 132 sticks buried with him.

It was during the 16th century that the walking stick was widely accepted an accessory of elegance and social prominence among the aristocracy. Special etiquette dictated the use of the cane during this period and walking sticks were not allowed in the presence of the king.

During that time in , a king's power came to be symbolized by the sceptre carried in the right hand, while a second staff known as the "Hand of Justice" was carried in the left. These were shown in public to demonstrate their readiness to punish and their power to reward.

King Henry VII of carried a multi-purpose cane finished in gold which contained a perfume dispenser in the top, a pair of tweezers, two compasses of gold, a foot rule of gold, a knife and a file, and a "haft" of gold. 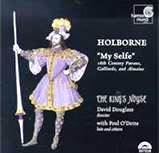 In the 18th century, when dominated the decorative arts, the walking stick was a requisite of the fashionable dress. Louis XIV was never seen in public without his cane, and his court jeweller actually fashioned one stick for him with twenty-four diamonds.

When King Louis XIV died in 1715, a new style began to emerge as the grandeur of the Baroque softened into a more feminine style, called Rococo. Rococo showed a true spirit of independence, including a new found willingness to mix curvilinear and asymmetrical forms. The canes typical of this era depicted nature, replete with flora and fauna.

By the middle of the 18th century, the Rococo style was beginning to cause a strong reaction by critics who thought this style too extravagant. The critics demanded a return to a noble, more sober Classicism. The classical notions of order, restraint, and balance gradually took the place of the carefree flamboyancy of the Rococo style. Walking sticks became more stable and simple with emphasis on the calm, steady line.

In , the pure and modest appearance of canes reflected the conservatism that Americans embraced following the outbreak of the American Revolution. National pride caused the eagle to remain extremely popular on the walking stick through the mid-19th century. The custom of presenting sticks was a mark of individual esteem and admiration.

General Washington received one of Benjamin Franklin's canes constructed of crab-tree wood with a gold head in the form of a cap of liberty. The bust cane became a popular item among the elite and sticks proliferated topped with heads of presidents and rulers. 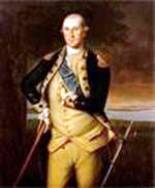 Victorian walking sticks were a part of the "correct" attire of the elegantly dressed gentleman, who would change a cane as often as they changed their clothes. By the late 19th century, the Victorian influence had spread to the , finding the fashionable American gentleman in possession of several canes for different occasions and social events. These walking sticks typically had simple gold or silver mushroom handles and were rather mundane in appearance. 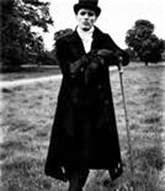 Time was you were undressed without a cane.
Canes were the first fashion accessory.


Shops specializing in walking sticks began to flourish as canes were designed by such world renowned artists as Tiffany in , Faberge in , Thomas Brigg & Sons of , Magasin Antoine of , and the Meyers family in and .

In Victorian England, there were some 60 shops devoted to canes in ; today there is but one.

During the 20th century the cane lost its popularity among the well-dressed, and came to be used by those whose age and health required them or by hikers and climbers.

The walking stick is today enjoying resurgence among collectors who cherish their unique design and history. The modern collector will find several different types of canes to choose from. Canes fall into four different categories: ethnic, folk art, decorative, and gadget, or system, sticks.

Ethnic sticks are canes that reflect, through their design or ornamentation, the culture of a group or a particular race or religion.

Folk art sticks came out of a desire for self-expression. These canes were made mostly from the materials which could be easily obtained in an artist's natural environment. Woodworkers decorated their wooden sticks with intricate hand carvings. During the great age of whaling in the 19th century, scrimshaw canes were fashioned by American sailors who spent their long hours at sea constructing sticks made of baleen, whalebone vertebrae, and ivory from the teeth of marine mammals. If a glass blower had left-over raw materials at the end of his work day, he would challenge himself by making a cane made entirely of glass. Though beautiful and decorative ornaments, these glass canes were rarely used due to their fragility.

Decorative sticks were frequently made from Malacca, the flexible, lightweight stem of the East Indian rattan plant. Topping these artistic staffs were an assortment of different handles including examples made of gold, silver, porcelain, cloisonné', wood and ivory.

A Gadget Stick is called a "secret stick" when it has a place in which to hide or store something. System sticks serve a dual purpose, for example, they hold a weapon, or provide a device such as a rule, telescope or a seat, even a violin! Sometimes they represent the rank, function, or profession of the owner. Napoleonic introduced the vogue of the short, blunt-headed stick which was used as a receptacle for documents, letters, secret dispatches, and favours.

Canes  Inc. carries a wide selection of canes and walking sticks.  Whether you are looking for a walking aid, unique accessory, decorative or collectors item, take the time to check out our entire product line at www.canescanada.com and find out how you will,

Walk with a Smile and Walk In Style ®.